Are you ready for Mobile-First Indexing?

Big changes to how web pages and posts are indexed by Google are on the Horizon, it’s called “mobile-first indexing” and it’s more than likely going to affect how your website ranks against the rest.

What is mobile-first indexing?

Mobile-first indexing will alter the way google ranks search engine results for users, focusing on the quality of page when viewed on a mobile device more than ever before. Desktop-focused websites can expect to feel the effect of these changes too, as even desktop searches will be ranked primarily on the quality of their mobile device counterparts.

But even your desktop rank will be affected by your mobile quality.

First announced in late 2016, the new way of indexing pages will work separately from the desktop index and will quickly become the primary index for Google search engine results. These announcements have resulted in SEO‘s around the world focusing their efforts on predicting the full effect this will have and coming up with steps that webmasters should take to prevent any loss of search engine visibility.

Why is there a focus on mobile indexing?

It is now widely known that internet use on mobile devices has completely skyrocketed in recent years, this includes the use of search engines. The number of searches on Google through mobile devices overtook desktop searches 2 years ago, something that isn’t expected to change. Desktop searches aren’t declining either and will not anytime soon, current mobile devices just continue to get closer to providing functionality and power of a desktop computer whilst also fitting in a trouser pocket.

By looking at the way our Google searching habits have changed in recent years, it is fair to say that the majority of traffic moving through Google is through mobile devices, with this in mind it makes a lot of sense why Google would want to prioritise mobile indexing, something that wouldn’t have even been considered a few years ago.

Absolutely not, Gary Illyes of Google was recently at Search Engine Land’s SMX West Conference talking about recent developments in the eventual transition to mobile-first indexing. Illyes informed everyone at the panel that mobile-first indexing “could be a few months or quarters, but it’s definitely not weeks” from being implemented, also telling webmasters not to “freak out, especially if you have a responsive site“.A website that is responsive has been made to be easily navigated, read and interacted with on a variety of screen sizes, typically mobile, tablet, laptop and desktop screen sizes.If you do not currently have a mobile-friendly website,  then we suggest you begin looking into how you might implement one, whether you choose to have a separate mobile version of the website entirely, or just build your website on a responsive framework, as long as it can be used by both your users and Google.

You can see how mobile-friendly your website really is with Google’s Mobile-Friendly Test.

There are typically fewer elements to a mobile website compared to a desktop site, this means that quality and relevance of every element of your site will have a bigger impact overall.

Many mobile sites also offer a limited amount of content compared to their desktop counterpart, this will be harmful to your indexing so be sure to offer all of the content you want to be ranked by Google in your mobile site also. 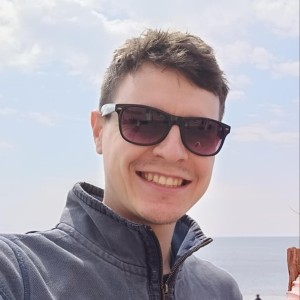