Do Not Forget About Bing

Pretty much all SEO agencies are guilty of this – ignoring Bing. We all know Google is still the colossus in the world of search engines and because of this, many online businesses have come to believe that they should focus all their attention there. But there are several big reasons why it pays to focus on Bing marketing as well as Google.

While Google has the biggest usage, the number of searchers who use Bing is nothing to snort at. When you consider how many millions of people use search engines, Bing’s 18% share of the online searchers adds up to an impressive number of potential eyeballs that could be looking at your organic listings. Remember that this number is people who use Bing exclusively. As popular as Google is, there are still millions of people who will never see your company’s website listing if you are only advertising there.

Back in 2010, Bing and Yahoo penned a ten-year deal that made them search partners in crime, to create a credible rival for Google. While this partnership was not as successful as the two companies wanted, it still makes them a formidable presence in today’s digital landscape. Yahoo’s 11% share of searchers and Bing’s 18% add up to almost 30% of all online searches. Not only that, but both Bing and Yahoo’s share of the market has been growing in recent years, while Google’s has been slowly falling. Because of the Yahoo/Bing partnership, so Bing marketing efforts get you 2 search engines for the price of one.

Are ECommerce Sites Better On Bing

Google may have the younger, more hip audience in its corner, Bing’s user base is a much more reliable one. Studies have shown that searchers on Bing are on average not only wealthier than Google’s clickers, but they are also more reliable and likely to spend more money. Ignoring Bing online marketing not only means missing nearly 30% of the online audience. It means missing the segment of the audience that your business can most count on to spend money and take advantage of your services.

While Bing has had the older audience locked down for several years now, it is also starting to convert the younger audience to their brand. A large part of the reason for Bing’s growing market share it has started to eat away at its biggest competitor’s user base. By using youth-targeted initiatives and integrating with Facebook, still easily the largest social media platform, Bing is growing its audience across several profitable and growing demographics.

Be Aware Of Your Competitors

Because all the data on Bing’s growing web presence and reliability is public knowledge, there is a good chance many of your competitors are already putting plenty of focus on their own Bing digital marketing strategy. Just because some businesses are not going after the millions of reliable customers that make up Bing’s audience does not mean that others are not.

Just because Google is still the biggest fish in the pond does not mean that Bing is not a presence to be reckoned with. All signs point to Bing’s audience only continuing to grow. So, putting time and energy into your Bing marketing now is only going to pay off in the long term.

Search4Local provide affordable SEO services to businesses across the South West of England. Our experienced Exeter based search engine optimisation consultants have a high level of expertise and use the latest search engine marketing tools to audit websites and devise a web optimisation strategy to get your website ranking. Call us now on 01392 409159. 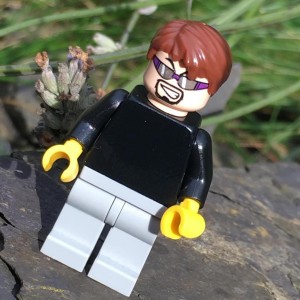